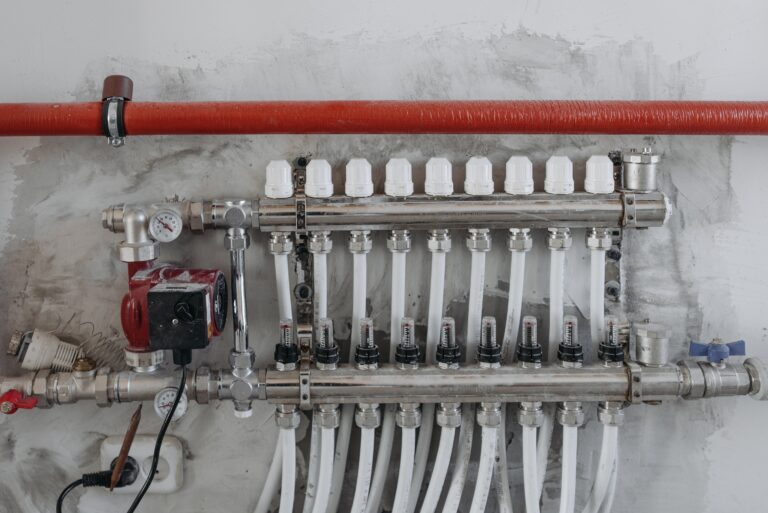 Boiler lockouts can be incredibly inconvenient, causing an inability to use the heating, hot water or both until the matter can be resolved. There are a number of reasons that could cause a boiler to lock out and subsequently the boiler not to fire up.

In this post, we will explore what a boiler lockout is and the processes that take place during a boiler lockout. We will also discuss some troubleshooting suggestions in order to establish the root cause of the lockout and advise next steps for boilers that are not firing up.

What is a Boiler Lockout?

A boiler lockout is a safety mechanism that shuts off the boiler when faults are detected. The process is to ensure that no further damage is caused by the fault to the boiler components.

There are many internal parts within a boiler that each have different tolerance levels of what is classified as a fault that could cause a boiler lockout. The objective is to establish which part is the cause of the breakdown in order to find the most appropriate next steps to resolve the matter.

What Happens During a Boiler Lockout?

More often than not, the PCB (also known as the motherboard of the boiler) will detect a cause for concern and initiate a boiler lockout.

Meanwhile, the PCB will attempt to identify the cause of the fault and display an error message or series of lights, depending on the type of the boiler, taking the guesswork out of identifying the problem with the boiler.

In order to determine the type of fault, check the error message or series of lights within the boiler’s manual, or if you no longer have the manual, search the internet for the specific code and model.

Another usual source of information available on most boilers is a pressure dial or pressure reading represented digitally on the display window. We will discuss more boiler pressure later within the article.

What to do When Your Boiler Locks Out

If your boiler locks out either just once or has been doing so intermittently, follow the steps below:

#1 Identify the Cause of the Fault

As briefly discussed, the cause of the fault would usually be identifiable by the display of an error code on a modern boiler or a series of lights in an older model.

Once the code or light sequence has been looked up within the boiler’s manual or online, the meaning should be identified.

#2 Follow the Instructions in Order to Fix the Fault

There are a number of common faults that cause a boiler to lockout. If your code relates to one of the common causes mentioned below, please follow the troubleshooting advice:

Common Faults that Result in a Boiler Lockout

A pump can develop a fault for a number of reasons including; debris causing a blockage, a leak starting or a blown seal. If the boiler signals a heat pump fault, a Gas Safe registered heating engineer will need to be called out in order to assess the pump and advise on the next steps.

A failure to ignite can be caused by a number of issues such as; a burner blockage, a faulty gas valve or a fault with ignition leads. Most boilers are set up to try and ignite three times before locking out and therefore at this stage, a Gas Safe registered heating engineer would be required to diagnose the matter.

Most brands of boiler will typically require a pressure of between 1 and 2 bars in order to operate normally, however it is always worth checking the manual for the specific model for the optimum pressure.

If the boiler is suffering from low pressure, can usually top this up yourself via the use of the taps, however when the pressure is too high the radiators may require bleeding.

If neither of these options works to stabilise the boilers pressure, seek the advice of a specialist engineer to investigate the matter further.

If there is the power to the property and the fuse board has been checked for any tripped switches, yet the boiler does not appear to have power, the display unit could have failed, or a fuse blown inside the boiler. Either of these scenarios would require the assistance of a Gas Safe registered heating engineer.

#5 Blockages Within the Boiler System

Some boiler lockouts are caused by internal debris blocking or corroding the internal parts. Another common scenario, particularly during winter is a frozen condensate pipe.

A fault with a boiler’s heat exchanger can often be identified by a whistling noise coming from the boiler.

Sometimes heat exchangers can be cleared of debris without being replaced, whereas other times they could be damaged and require a full part replacement.

Either way, a professional would be required to check the status of the part and recommend the best cause of action.

If the boiler detects an issue with the fan, it will lockout for safety purposes in order to prevent any dangerous gases from escaping from the boiler. Any fan error codes would need to be referred to a Gas Safe registered heating engineer to ensure the safety of the property.

Once the cause of the lockout is identified and rectified, the boiler will require resetting. In order to do this, refer to the boiler’s manufacturer instructions.

After a reset has been completed if the boiler doesn’t restart, there could be a more serious issue that will require investigation by a professional.

There are a number of reasons that can cause a boiler lockout, while some are fairly small faults and could be resolved by a debris clear or replaced fuse, others may result in a costly replacement part.

It is always better to err on the side of caution and call out a professional should the lockout either keep reoccurring or it is suspected that a part failure is involved.